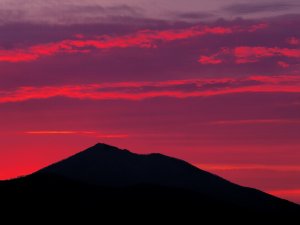 Competition is a curse. It shows up in everything from personal one-upmanship, college football mania, to the November elections. I want the candidates and the obviously biased TV channels to really have a “No-Spin Zone.” It’s sad to me to hear the bias from CNN and Fox News. Back and forth they go: Barack has little experience and John McCain looks like death warmed over. Joe Biden loves to hear himself talk, and Sarah Palin has a grudge against her ex-brother-in-law and a pregnant unwed daughter. Is this the truth? I don’t know, but I have an opinion. If we concentrated on all the negatives, would we elect anybody? Competition over compassion is destroying the common sense/common good fabric our country.

Sometimes I’m guilty as charged. Tommy Bowden, Clemson’s football coach, called a bunch of friends, coaches, and family members about what went wrong after their crushing loss to Alabama last Saturday. Suffice it to say, I wasn’t on his list. As a University of South Carolina Alum and die-hard fan, it was difficult to be terribly upset. I tend to be one of those long-suffering Gamecock fans who pull for whoever is playing Clemson, unless it’s Georgia. I suffer from “schadenfreude.” “Schadenfreude” is a German word that means to feel joy at the misfortune of others. Truth be told, I have experienced “schadenfreude” too often, and not just with Clemson’s loss on Saturday. I don’t want us to do that with our country, our politics, our church life, or in our families. Glee over somebody else’s crap is just that, except it really hurts us all.

Preachers are famous for loving it when another one of us “falls.” Clergy competition is rampant. We measure each other against one another with statistics and salaries rather than focusing on non-competitive servanthood. This flies in the face of the real deal we call Christianity: loving the poor, opening our arms to the down-and-out and the hurricane refugee, caring for the planet, forgiving estranged family members, and simply living like Jesus. The words I saw on a bumper, “Separate Church and Hate!” aren’t true enough in the midst of our competitive paranoia that God’s extravagant grace is somehow being wasted if it someone else gets more of it than we do.
Grace is never a waste. Eugene O’Neill once said, “Man is born broken. He lives by mending. The grace of God is the glue.” This world, country, and our denomination need to be glued back together. In the midst of this football and political season of sniping at one another, I hope that I can live grace a lot better than I’ve been doing. I look forward to having a district clergy gathering where no one points out to me who was absent and what size their steeple was. As United Methodists we have the best framework of grace imaginable: Prevenient, Justifying, and Sanctifying Grace. In the midst of our bickering we have lost our relevance in a hurting world by not having contagious grace, a grace that we contagiously exude in our worship and fellowship; a grace that offers radical hospitality more than “schadenfreude.”