Care what you will and say what you want about President Donald Trump, Nancy Pelosi’s decision to move forward with Articles of Impeachment will only solidify the base of the anti-Trumpers and the pro-Trumpers. In the meanwhile, Washington’s “Great Distraction” will paralyze the nation. I’m tired of feeling like I need to choose a side in the moral morass of our modern culture whether it’s about Trump, or anything else.

I want to pull a Rip Van Winkle and wake up when all the distractions are done. Of course, this isn’t an option for either a good citizen or Christian who wants there to be justice and change for the better. I cannot be like the ostrich that buries its head in the sand and says, “Because I can’t see it, it’s not happening.” Now we know it’s happening, but what are we going to do about it? Are we going to go quietly into the night, stay on the sidelines, or are we going to do something productive?

Someone recently said that the greatest threat to democracy isn’t vitriol, it is civility. In this impeachment climate, I long for rational civility, but civility and tolerance has made us more divided. If we believe that some things are right and some things are definitely wrong, no matter what the context or who it involves, then civility is the enemy of truth and justice. For “nice” moral people to be quiet and acquiesce to the rancorous squeaky wheels on the extremes is a dereliction of duty. Following St. Paul’s dictum, “In your anger, do not sin,” does not mean that people who believe in Absolute Truth should roll over and play dead when attacked as bigots.

I’m all for everyone’s civil rights including free speech and the right to assemble, but the first rule of common law and parliamentary procedure is that, “The minority must be heard, but the majority must prevail.” The problem is that the loudest voices on the ends of spectrums have silenced the majority of those of us in the middle, and they have stalemated any hope of clarity or unanimity in important matters.

To say we need more vitriol doesn’t mean that we need to hear from the extremists, but from the folks in the center. What do they or we have to say? In his “Letter from Birmingham Jail,” Martin Luther King Jr. famously lamented the “white moderate” who “prefers a negative peace which is the absence of tension to a positive peace which is the presence of justice.” He also acknowledged the importance of tension to achieving justice. “I have earnestly opposed violent tension,” King wrote, “but there is a type of constructive, nonviolent tension which is necessary for growth.” Americans should not fear that form of tension. They should fear its absence.

So, we need to embrace tension because it helps reveal our core values. Tension provides clarity about what’s really important to us. Tension can lead to open honest dialogue rather than strong-arming or shallow hail-fellow-well-met pleasantries. In authentic democracy there is due process that makes room for both differences of opinion and fairness. Civility without enough vitriol makes people hide their real feelings, and sides just get more and more entrenched.

Maybe you’ve heard the story of the guy who fell overboard into the water. Another guy tried to rescue him, only to grab arms, legs, whatever and finding each time that a prosthetic appendage came loose. The man in the water kept yelling, “Save me!” In frustration, the would-be rescuer said, “I would, if you would only stick together!” I wonder if that’s an analogy for the United States and what God is trying to say to us and our two-party system. Can we stick together for our country’s sake while we embrace a little vitriol? Is it possible to have a fair fight? We will see soon enough, won’t we? 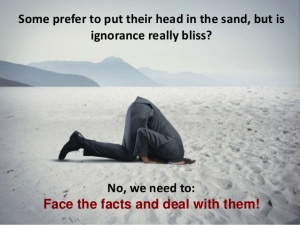