Within a span of less than two weeks we have a US-centric, but mostly world-wide, triple-header on the church calendar. This coming Sunday is the last day in the Christian year, and is always designated as “Christ the King Sunday.” Appropriately, we remember that Jesus Christ is King of kings and Lord of lords. He is the One to whom we bow and owe our unwavering allegiance. Next Thursday we will celebrate Thanksgiving and show our gratitude to God for all of His blessings and providence. Almost every country does something like this though it may be at a different time of year. Sunday week, December 1, will be the beginning of Advent when we commemorate Jesus’ first coming and solemnly prepare for His Parousia; i.e., the Second Coming.

How easy it is to think all about Thanksgiving and miss the bookend Holy Days of Christ the King and Advent season. It is apparent in US society that we would do well to pay attention to all three. How would I act differently if Jesus were truly King in my life? Is Thanksgiving merely a time of stuffing both a turkey and my face? Is our Advent focus mostly about Christmas? Do we follow the Scout motto of “Be Prepared” because Santa is coming or Jesus is returning?

The whole notion of holidays is so misunderstood. As recently as a few weeks ago I overheard people talking about Halloween aka All Hallows Eve as a “holiday.” All Saints Day on November 1, the real holiday/holy day, was totally overlooked. Halloween is no holy day. It’s quite the opposite! We have many secular special days, but they’re not holidays per se. As much as I would like to make the mundane sacred, it appears to me that we have more often made the sacred profane. This begs the question of how holy we actually make our Thanksgiving festivities and church events. What does a proper Advent look like in our “Frost Fest” world when we take Christ out of Christmas and give the season and its trees and other accoutrements nonsensical politically correct names?

Let’s take up the challenge and make the coming season holy by putting God first and not ourselves. If Jesus is my King how does that affect my perspective on the President and the Congress. Elected officials come and go, but according to Hebrews 13:8, “Jesus Christ is the same yesterday and today and forever.” If Jesus is King then how does that change my views on injustice, the unborn, drug addiction, homelessness, and mental health? The list could go on and on.

How can I have a proper Thanksgiving if I don’t have a God to thank? It would be pretty ludicrous to thank myself, or just the special people who have made significant contributions to my life. Thanksgiving that honors humans over God is either narcissism or a mis-directed adulation otherwise known as idol worship. If Thanksgiving doesn’t cause thankfulness toward God Almighty then it isn’t a holiday at all. It’s just the day to stock up on our energy before we face the shopping frenzy of Black Friday. Football and food are no match for the spiritual nourishment of giving God His due.

An Advent season that jumps too quickly into Christmas Carols props up our overemphasis on Baby Jesus instead of King Jesus. We use purple altar cloths and stoles in church during Advent because it is about our need for penitence in the face of a regally clad King. I’m all for Christmas, but a “good” Christmas doesn’t neglect the guest of honor at His own party. We desperately need to grasp that Advent is less about a birthday party than a victory banquet. The real purpose of Advent is to get us ready for the Marriage Feast of the Lamb when He comes to set things right and redeem his Beloved, the Church.

To embrace the holiness of this season is to enrich it, to lift up God who, in turn, lifts us beyond all of our “Great Distractions,” whether in DC or wherever and re-centers our attention on what is most important. The bigger question for me during this season is not whether the President should be impeached. It is whether I and my shallow worship practices should be. Making the upcoming days all about us and our machinations or shenanigans misses the true glory and grandeur of God.

There is a wonderful anonymous parable that really makes me want to watch out who/Who is on the throne of my life. Think about this story and look with me into a mirror:

Horville Sash had a very important but humble job in the offices of the largest corporation in the world. He worked as a mail clerk in the lowest reaches of the building doing what he could do to help other people with their jobs. Often, he wondered what went on the floor just above his. He could hear their footsteps every day and he would think of the exciting jobs they must have while he worked in the basement. Then came a day when Horville found a bug scurrying across the floor. As the mailroom clerk, Horville had only bugs to command. He raised his foot to flatten the bug when the bug spoke: “Please don’t kill me,” said the bug. “If you let me live, I’ll give you three wishes.” Horville figured that even if he didn’t get the wishes, a talking bug could make him a lot of money. So he let the bug live, and the bug asked him what he wanted for his first wish. “To be promoted to the next floor,” said Horville. The next day Horville’s boss came in and told him he would move up to the next floor that very day. Horville walked into the next floor offices like a conquering general, but soon he heard footsteps on the floor above him. He said to the bug, my second wish is to be promoted floor by floor until I reach the very top; until I am in charge of the company. “Done,” said the bug, and floor by floor he moved his way through the ranks: 10th floor, 20th floor, 50th floor, 90th floor, and finally to the very top floor. He was as high as he could go: Chairman of the Board; CEO of the company; corner office on the top floor of the building. But then one day Horville heard footsteps above him. He saw a sign that said: STAIRS so He went up to the rooftop and there he found one of his clerks standing with his eyes closed. “What are you doing?” Horville asked. “Praying,” came the answer. “To whom?” Pointing a finger toward the sky the boy answered, “To God.” Panic gripped Horville. There was a floor above him! He couldn’t see it. He couldn’t hear the shuffling of feet. All he saw was clouds. So he asked, “Do you mean there is an authority higher than me?” Horville summoned the bug. It was time for his third and final wish. “Make me God,” he said. “Make me the highest. Put me in the kind of position that only God would hold if he were here on earth.” The very next day Horville Sash awakened to find himself back in the basement, sorting the mail, and doing what he could to help others be the best that they could possibly be.

The upcoming season is our chance to humble ourselves before the One True God and worship him above all others, especially ourselves. Happy Holidays! Amen. 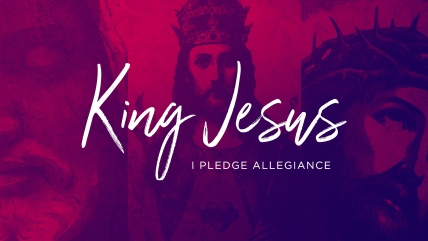