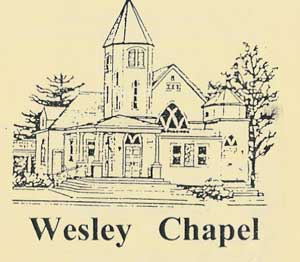 Yesterday, I went back to a church that I started serving 24 years ago and left 17 years ago. It was their 220 anniversary as a congregation and the 100th year of being in their current sanctuary. Everything was beautiful and the fellowship was absolutely wonderful. It was like going home again. There was much talk about the past, but the future was on everyone’s minds, too. This church is declining, not precipitously, but slowly and out of sheer demographics. But, there is hope! As the old adage says it well, “Where water has once flowed it can more easily flow again!” The determinant factor, in my mind, is whether or not we will open the spigots and let the water of the Holy Spirit flow through us. We can’t just do good deeds and expect people to believe in Jesus and join the church. We have to have the Spirit-empowered courage and words to seal the deal, bringing people to Jesus and the church more than just inviting them. It’s up to us if the water will flow again.

Church Consultant George Barna has devoted years to tracking the impact of the church on society. In his book, The Second Coming of The Church, Barna says, “At the risk of sounding like an alarmist, I believe the church in America has no more than five years – perhaps even less – to turn itself around and begin to affect the culture, rather than be affected by it.”

Five years isn’t a very long time. Is it possible that the church that has been around for millennia is at death’s door? The answer is definitely, “Yes.” If one thinks back on church history, one can see those pivotal hinge moments in the life of human history when the culture was so corrupt that it crept into the church. At each juncture, heroes of the faith stepped forward. Certainly there were people like Martin Luther, John Wesley, Jonathan Edwards, and George Whitfield who were at the vanguard. But, just as important were the unsung women and men, boys and girls that held the church to a higher standard of Biblical holiness. The Reformation, the Counter-Reformation, the First, Second, and Third Great Awakenings are evidences of God’s resuscitation of the church.

At the core of any revival is the passionate desire of God’s people to know Jesus Christ and make Him known. The combination of faith and action is impossible to deter. When the church wakes up to its possibilities and acts accordingly, the gates of hell shall not prevail against it.

It is important to keep faith and action in balance. Acting without thinking is dangerous. There’s a story about President Lincoln and Union General Joe Hooker. Hooker had replaced General Burnside, and he wanted to establish a reputation as a general who took action. Accordingly, Hooker’s first message to the president bore the inscription: “Headquarters in the Saddle.”

Lincoln noticed the heading on Hooker’s dispatch, but was not impressed. Lincoln had already heard that Hooker’s actions had not been well thought out on the battlefield. The president said to an aide, “The trouble with Hooker is that he’s got his headquarters where his hindquarters should be.” Action without thinking is dangerously unwise, but inaction is a poor substitute.

The Sunday School teacher asked her class, “Which parable in the Bible do you like the best?” One child quickly piped up, “The one about the loafs and the fishes.” Loafing as a Christian is an anathema to God. To change this world, we have to put faith and action together. Rudyard Kipling said it well: “Gardens are not made by singing ‘Oh, how beautiful,’ and sitting in the shade.” Let’s get to work!