When I was a youth you either pulled for the Baltimore Colts or the Green Bay Packers. We divided up in other ways, too. People were often defined by their affinities or choices. In my hometown you either liked Johnny Unitas or Bart Starr, Fords or Chevys, the Red Sox or Yankees, and South Carolina or Clemson.

There wasn’t much wiggle room. Today we are even more polarized: red state/blue state, pro-gun/no-gun, liberal/conservative, Democrat/Republican, and Fox/CNN. One of the few positives out of this horrific hurricane season is that the things that normally divide us don’t matter as much when we’re facing calamities together.

Being united in common cause is so much needed, hurricane or not. Wouldn’t it be great if bi-partisanship ruled the day rather than acrimonious finger-pointing? When we start pre-judging instead of pre-loving others we make assumptions that are usually false. A lot of our differences disappear when we get the facts and get to know someone personally.

Some of you know that I’m a member of GCORR (General Commission on Religion and Race), an agency of the United Methodist Church that works for reconciliation and grace across racial and tribal lines. It is the can-do group in the UMC that promotes a three-fold mission to promote intercultural competency, institutional equity, and vital conversations. We provide resources and training so that people can value each other and create systems that will be fair to all. We encourage conversations so that the grace of Jesus Christ might not be bound by any individual’s or group’s sense of supremacy over another. We want to help people know all the facts and back-stories of those that they assume are different from them.

If you’ve been unfortunate enough to be driving down the highway with a stuck horn and have a motorcycle gang in front of you then you know that you would love it if they knew that you couldn’t help it. But, they didn’t know all the facts. I’ve been in traffic with my lights stuck on bright. People blew their horns, threw up “Hawaiian Good Luck” gestures, switched their lights to hi-beam, and even swerved into my lane. If they knew the whole story then they would probably be more sympathetic.

Knowing people’s back stories can help us avoid paralyzing polarization and judgment. For instance, when I was a kid, born and raised in the South, there was a certain common opinion about Yankees. I was in college before I knew that what we used to call Northerners was actually two words. There was an automatic word that went with “Yankees.” Then I got married, graduated from college, and Cindy and I moved to Boston for seminary. I remember some of the linguistic and cultural differences. We stopped at a McDonald’s on Boston’s North Shore. I went inside and came back to the car without any food. Cindy asked what was up and I replied, “I didn’t understand them, and they didn’t understand me.”

We had to learn a whole new lingo. A “tonic” was a “coke.” The “rubbish” was the “trash can.” A nearby town was named Peabody which I pronounced as Pee-body and they said Pee-bah-dee. My first request for a milk shake was a surprise. The person waiting on me poured milk into the stainless steel cup and put it under the agitator and handed me shook milk. I learned that what I really wanted was called a “Frappe” up there. There are numerous examples of similar experiences.

Until moving up North one of my favorite stories in a Southern-pride sort of way was about Gen. William Tecumseh Sherman after he burned Atlanta. He was traveling down I-20 (not really) on the way to Savannah when he and his men started taking sniper fire from the top of Stone Mountain. He told 3 of his men to go up there and take care of the lone Confederate sniper. They went, and, after a big commotion, all 3 came flying off the summit. Sherman then sent 12 men and the same thing happened. Then Sherman sent 40 men and told them to take care of this Southern soldier. 39 of the men came flying off, but one, bloodied and near death, came back down. He said to Sherman, “General, it’s a trick! There’s 2 of them!” Yes, in my ignorant cultural allegiance and prejudice, I thought better of those below the Mason-Dixon Line than those above it.

What moved me from thinking of Northerners as DY’s was getting to know people, specifically Keith and Ella Nutter. They were members of Memorial UMC in Beverly, Massachusetts, next door to Salem, where I was a pastoral intern. We visited them often and became friends. After graduation they sent us a new subscription to “Yankee Magazine” every Christmas, and we sent them “Southern Living.” I learned that Yankees and Southerners aren’t that different. We just had to get to know each other!

Remember Dr. Seuss’ Green Eggs and Ham? The main character is circled and badgered by Sam-I-Am to the point of utter frustration. The main character says, “That Sam-I-Am! That Sam-I-Am! I do not like Sam-I-Am!” Because he doesn’t like Sam-I-Am, he rebuffs Sam-I-Am’s constant offer of green eggs and ham: “I do not like green eggs and ham,” but when he finally tries it, he likes it, and also ends up liking Sam-I-Am. Getting to know someone. Having the whole story and all the facts make a huge difference. Too often we would rather prefer to judge others and separate ourselves from them.

Without knowing the whole story some people thought that Senator Daniel Inouye of Hawaii was anti-patriotic when he was sworn in. As he took the oath in 1963 he raised his left hand instead of his right one. Everybody thought it was some kind of protest. Boy, were they wrong. Daniel Inouye served in the US Army during World War II. He was wounded fighting in Italy and earned the Distinguished Service Cross, Purple Heart with clusters, and the Bronze Star. The reason he didn’t raise his right hand is because it was blown off during an enemy attack. He went on to honorably serve in the US Senate until his death in 2012.

My joy in serving in Aiken, South Carolina is that everybody here pretty much chose to be here, moved here on purpose for work or retirement, and are from everywhere. The diversity is refreshing and adds a vibrancy to the city. My hope is that we emulate what this city has done so well: Diversity is a good thing. Value each other! 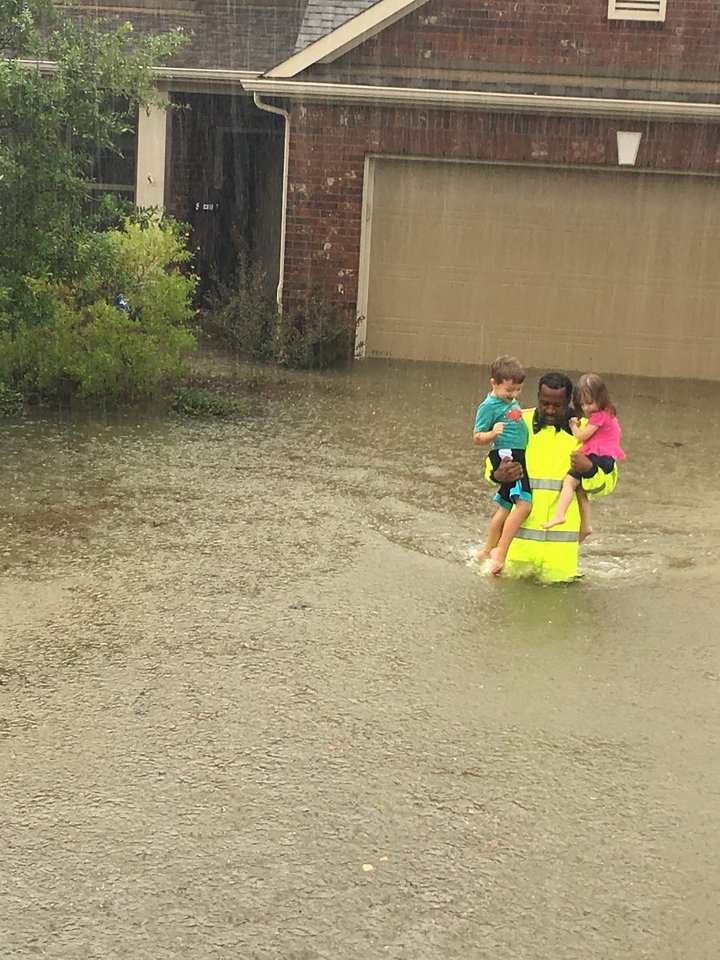