Scrupulosity is an interesting phenomenon. Some might call it perfectionism or a kind of obsessive-compulsive disorder. God bless those folks (I’m not one of them) who use up a bottle of hand-sanitizer every day. They have to physically or mentally touch base with all their possessions or routines ad infinitum in order to bring order out of their personal chaos. They are over-achievers who have high standards, and beg the question in our morally lax culture, “Is it possible to have too many scruples?”

“Scruple” is an old word, “a small piercing stone,” the kind that gets caught in your sandals as you make your way to the beach lugging all the chairs, towels, and suntan lotion for the family. It’s literally a pain to stop, put everything down and shake out the offending pebble. In ancient days people actually put scruples in their sandals as reminders, sort of a “to-do list” to keep them from forgetting something important. A person with scruples, therefore, is a person quite aware that there are things worth remembering, especially when it comes to morality. When I was a child we tied strings around our fingers to remember things. I don’t think we do much of anything to do it today. The absence of these reminders is dangerous, but there must be a balance between being over and under scrupulous.

Sometimes scrupulosity takes remembering your Mother’s admonitions to the max: “Don’t smoke, don’t drink, don’t chew, and don’t hang around with those who do.” Being obsessive about scruples leads to a perfectionism that is not forgiving of others and even worse on oneself. It can also lead to the fate of the hyper-religious. Hyper-religious people can take sin so seriously that they become callous to all those sharp little stones and forget that there’s anything wrong. Over-sensitivity can led to insensitivity.

It’s like the Native American story of people’s conscience being shaped like a diamond in their chest. When they do something wrong the diamond turns, and it hurts. However, if they continue to do wrong things and the diamond perpetually turns, pretty soon the edges of our conscience have worn down and our wrong-doing doesn’t hurt anymore. Building a rock pile out of scruples can actually lead us into worse trouble. Those with an over-the-quota number of scruples have little or no tolerance for slackers or sinners. They have set the bar so impossibly high that they become judge and jury on the rest of the world.

Frankly, the swing back and forth between being judgmental or non-judgmental is cultural and religious quicksand. Not having enough scruples is just as dangerous as having too many.  It’s pretty weird that we spend so much of our time sanitizing our hands while we let our minds, bodies, and souls go to pot. Can’t we find a place somewhere between grace and judgment? My wife uses hand sanitizer religiously thanks in no small part to her beloved nurse grandmother and germ phobic mother, but then she kisses me! See the problem?

It strikes me that as a church and as individuals we aren’t sure what to do about scruples. We are either too holy and self-flagellate ourselves with a list of sins, or we preach prevenient grace a lot more than sanctifying grace and end up with a mushy goo of over acceptance of sin. Sure we believe that God draws us through pre venio grace, a grace that comes before we ever come to God, but some of us want to theologically and personally stay in this warm fuzzy place and never judge anyone or move toward real change. We’ve given up on transformation. There is no need for justifying grace. We have reduced sanctifying grace into little more than an extension of prevenient grace, except on steroids; i.e., “God loves everybody so let’s do it even more!” Wow, that’s 20th century United Methodism defined.

We missed the step in the three-fold Wesleyan stages of grace that calls for Jesus’ righteousness to supersede our own and entails repentance, humility, and a clinging to Jesus as our only savior. With our focus on prevenient grace we have called everything good as if that stage is our end all of the Christian faith. We have become so pre-loving due to prevenient grace that we forgotten that God has prejudged us and found us all wanting. We need to move beyond a shallow blind acceptance of the way things are, and we need some more sharp rocks in our sandals, standards in our hearts, and values in our society. We cannot keep on accepting things the way they are and sitting back as if this is the way God meant it to be. God wants better for us. God didn’t send Jesus to leave us the way that God found us, but to transform us for the transformation of the world.

21st century United Methodism is trying to find a way to the middle of grace and judgment. We must not clean the outside of the cup like the Pharisees and leave the heart as-is. We can’t make ourselves perfect no matter how many rocks we put in our shoes, but if we let Jesus rule our hearts then there’s a winning chance that by the sanctifying grace of God we might actually change.

Do you want things to stay the same old way every day in your life? I don’t think so, and neither do I. I also don’t want so many scruples that I become desensitized, callous, and careless in the way I live. Neither do I want to lose all my rocks, marbles, and moral compasses and end up lost forever. We cannot have it, whatever it is, both ways, but there has to be a middle way! 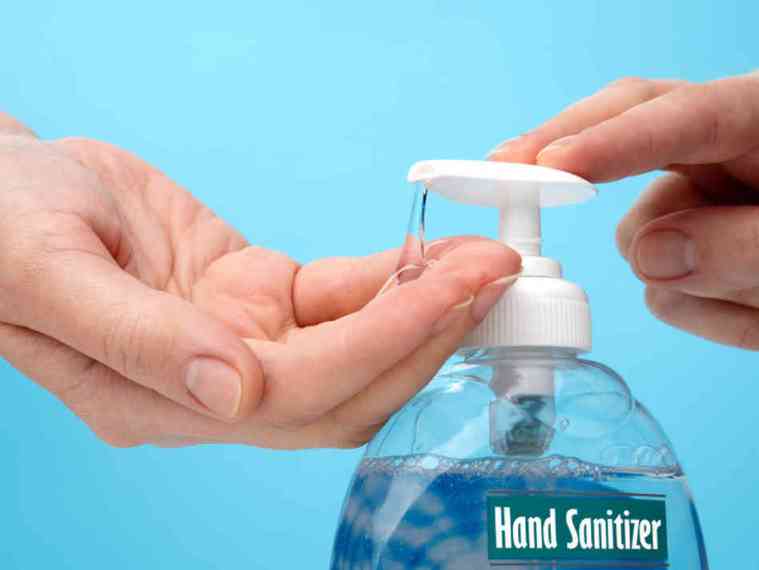 23 thoughts on “Scruples: Too Many or Not Enough”