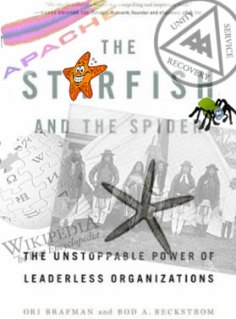 The past seven days have been a whirlwind! Back from Nashville, Asheville, and about to head to Nicaragua on a mission trip. I was in Nashville for a Connectional Table meeting and then had the pleasure of preaching at Lake Junaluska on Friday night as well as doing a Bible Study on Sunday morning for the South Carolina Laity Convocation. We had fun and great fellowship – in both places.  Well, almost, except that the Connectional Table is at a critical juncture for the denomination.

In the midst of thinking about both the UMC and the South Carolina Annual Conference in particular I am struck by a nagging question: “Where is God leading us next?” In South Carolina we have much to celebrate. We’re the 5th largest annual conference in the US. Professions of faith are on the rise in the Columbia District and we paid out 98.9% on our connectional giving responsibilities. Putting this district’s numbers on a dashboard of vital congregations is exciting. I just got off the phone with one of the clergy in the district who is doing an absolutely phenomenal ministry in partnership with extraordinary laity. The church is booming! That same kind of good news is happening all over the district!

I wish I could say the same about the denomination. Maybe I can? Regretfully, however, I saw the DVD “UMC Realities” with its somber Gothic-sounding music and terrible news that we’re graying out, dying out, less inclusive, and have fewer and fewer young people. That was the message. It may not be the reality that I see in SC and in the Columbia District, but it’s so true in too many places. I have hope, though! Aesop was correct and it wasn’t a fable: “Where water has once flowed, it can more easily flow again.” The waters of baptism and the power of the Holy Spirit have been the current we’ve ridden on before in the UMC and God float this boat again!

I don’t think changing the UMC’s structure will have as much to do with it as folks at the Connectional Table think. The Interim Operations Team (IOT) has offered its report. We approved it, though we went through multiple iterations to get to a place of semi-consensus. Honestly, do we think that buying into a so-called new business model is going to reshape the church and engender hopeful enthusiastic results? I certainly hope we’re not that tied to 20th century thinking! Aren’t we all tired of hearkening back to the good old days that must not have been that good or we wouldn’t be in the mess we’re in today? Isn’t Jesus the Lord of Resurrection which means that something has to die for there to be new life, that the New Jerusalem is our goal more than tired thinking that wants to go back to the Garden of Eden? Where we’re headed is better!

Just one example of old thinking that worries me from the Connectional Table’s work last week: a set aside bishop and a central office. Hey, I like bishops. I think they are critical for our denominational renewal, especially if they focus on their annual conferences. However, as the permutations of the IOT’s report dribbled out to the Connectional Table the set-aside Bishop was named at most the “Head of Communion” and at least “President of the Council of Bishops.” Either one is a little much for a denomination that has a historic balance between its two constitutive principles of conferences and bishops. This throws the equation off-balance. Now I can see why having a “United Methodist Center for Connectional Mission and Ministry” and a quasi-pope are great business ideas to those who like  20th century-like corporate structures and centralization. I’m worried that our going from our current model of 13 siloed boards and agencies with 565 directors to one single center run by a 13 member Board of Directors is more of the same but worse.

I’ve got a book I want you to read. On our Columbia District Clergy Retreat in early September we’re headed to Mt. Mitchell for camping and reflection. We’re discussing the book The Starfish and the Spider with its subtitle “The Unstoppable Power of Leaderless Organizations.” Pretty much it says that 21st century thinking is about organic growth with catalysts who step out of the way and people who are invested as equal partners. My summary with implications for the UMC: Connectionalism works best when its horizontal and/or circular! Starfish that lose a point grow a new one. When they’re cut in two, they don’t die, they multiply! A spider, on the other hand, dies when you smack its head. I tend to smack the whole bug and that’s what has happened to the UMC. We’ve  been smacked. We have lost a lot of our relevance to people because we don’t talk enough about Jesus and we don’t just get out there and be like starfish and multiply!

Central control systems are easily killed, and we’re about to put almost all of our institutional eggs in a couple of baskets – a set-aside bishop, a central office of ministry, and a small board of directors? Give me a break! Now I don’t want to give away the hopeful chapter at the end of the Starfish book but I will say this much: When we are at our best as a denomination we are starspiders, a hybrid of centralization and decentralization. Yes, there’s an important role for the Council of Bishops, General Conference, and the entities whether they’re called Boards and Agencies or some sort of central office. The bottom line is that all of these centralized functions MUST resource the decentralized local churches that live where the tentacles hit the sand! Growth is not top-down and that’s what bugs me about this report. Hey, by the way, just to put a polity/legal bug, pun intended, in your ear: read Pars. 140 & 2509 in the 2008 Book of Discipline and see what hits you. I look forward to your thoughts!